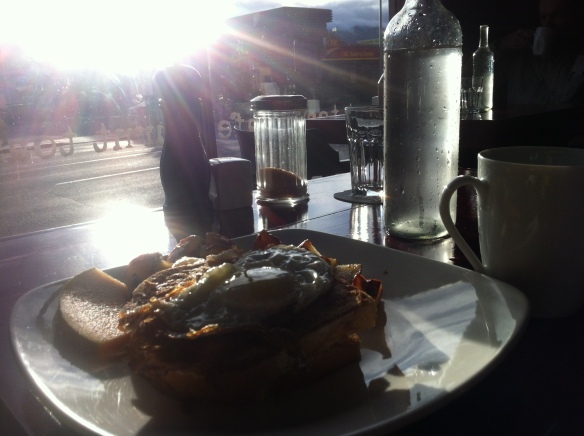 i was flown out to white horse a couple of months ago to run this promo for pedigree, who partnered up with the animal shelter for this event – it was one of the best promos i’ve ever done, and so hard not to take a puppy home with me! it was my first (and potentially last) time in whitehorse – the people were really nice, but the town was extremely small and surprisingly expensive. the buildings were old and worn down – it was like the town was built in the 1950’s and was just never touched or updated again. my $170 a night “hotel” room was on the first floor, didn’t come with air-conditioning (it came with an electric-fan standing in the corner), had 20 channels on the tv (half of them were static), and had this sign sitting in the bathroom: 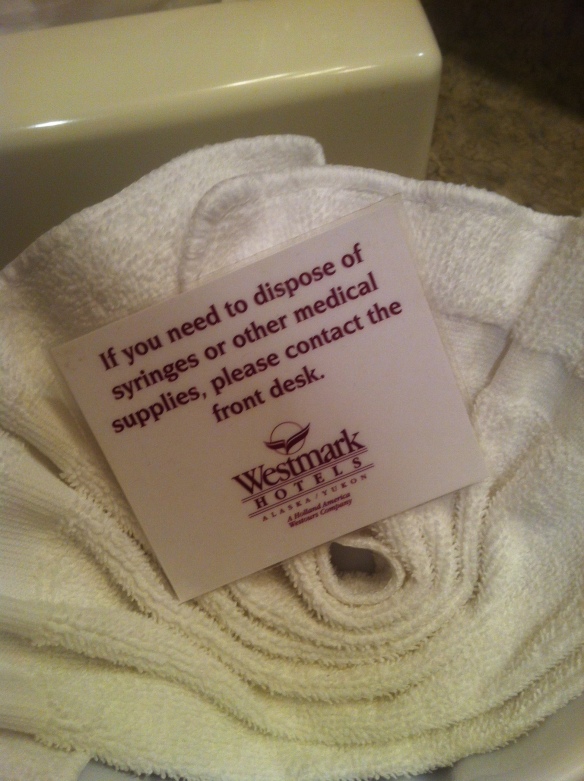 i arrived late at night, realized i didn’t have cellphone service (apparently there are no rogers towers in whitehorse), checked-in, and was terrified that someone was hiding in the closet ready to murder me.

the sun came out the next morning though, and i’m pretty sure i discovered one of the best things about whitehorse – the burnt toast cafe. it was located right across the street from my hotel, and served a phenomenal breakfast. i sat right by the window, and the sun shined directly on me while i ate my delicious meal (here’s their brunch menu) and drank my coffee. the waitresses were so friendly (i found that everyone i met in whitehorse was generally quite nice) and the place itself was super cute.

would i ever come back to whitehorse? probably for this cafe, to see the northern lights (but i’d stay at this resort next time), and to see this face again: 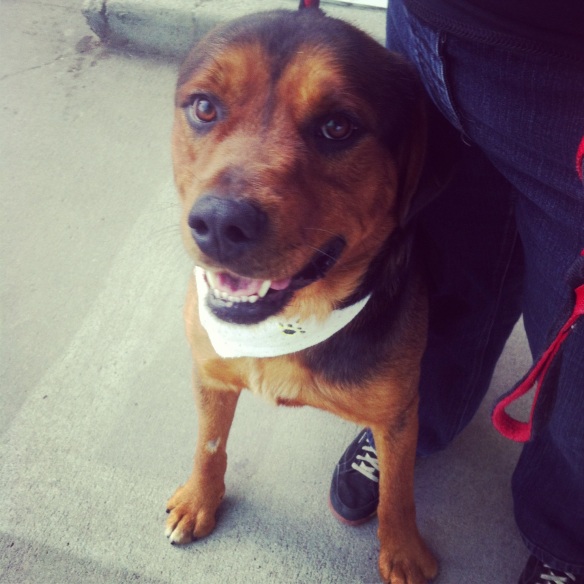